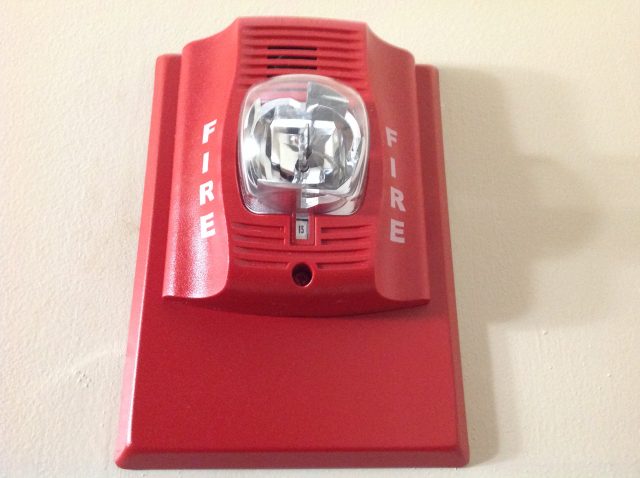 Fire systems  can be small to very large in scale depending on the size and fire codes requiring what devices are needed.This system here that we are using is an addressable system that can use existing wiring as long as the correct wires as far as the kind and gauge of wire used.If the wiring is good then the addressable system is the way to go if there is some wiring already in place like when replacing or upgrading an existing system.With this kind of system each detector is identified individually on the system display,not like a typical system that has several sensors on each zone.Each detector has its own address so it is easy to know where the fire or trouble is located.This system can also include wireless devices like smoke detectors also for the places where a wire cant be ran.A large system would include multiple pull stations and horn/strobes.Other devices could include connecting to the sprinkler system.Smoke detectors for inside the duct work,or heat detectors in a kitchen,garage or attic.Heat detectors can be placed in an attic when the proper model number is used.Commercial fire systems are monitored 24 hours a day.Also they are programmed to call the central station every day to do a phone line check.

<<BACK TO PORTFOLIO
Don't wait until you have a security breach, call us now and get your home or business secured with an alarm or surveillance system!
Contact Us
Copyright 2022 Security One LLC. - All Rights Reserved
Back To Top